The teenager who represented the UK at the Eurovision Song Contest has said he is “still smiling” despite coming last in the competition. Josh Dubovie, 19, from Basildon in Essex, scored just 10 points with a song penned by Pete Waterman. Dubovie said it had been “a privilege to represent the UK” and one of the best experiences of his life.
POSTED: 31/05/10 – Source: BBC News Online

Germany has emerged triumphant at this year’s Eurovision Song Contest as the UK limped home in last place. Teenager Josh Dubovie, representing the UK with a song penned by Pete Waterman, scored just 10 points. Speaking after her win, 19-year-old Lena, who scored 246 points with her song Satellite, said: “I’m so happy and so thankful and so grateful.” Acts from 25 countries took to the stage during the event, hoping to impress voters from across Europe. Turkey’s MaNga came in second place, with Romania third and Denmark fourth. Belarus had been trailing in last place for most of the voting until the final marks saw it overtake the UK.

This is the third time the UK has finished in the bottom spot in the past eight years, following on from the dismal performances of Andy Abraham in 2008 and Jemini in 2003. Bookmakers had made Azerbaijan favourite to win this year’s contest. Their chosen act, Safura, was the first contestant to perform on Saturday’s show with her song Drip Drop. Organisers allowed Spain’s Daniel Diges to perform twice during the event after a fan disrupted his first performance by jumping on stage. Ireland’s Niamh Kavanagh had been hoping to repeat her winning performance of 1993, but finished in the bottom half of the scoreboard with It’s For You. It is only the second time in the 55-year history of Eurovision that Germany has won, after Nicole’s A Little Peace in 1982. Speaking after the show, Lena said she was “shocked” by her victory. “I think it’s unreal,”she said. “This is such a big thing that I’m just completely freaking out!”
POSTED: 30/05/10 – Source: BBC News Online

The atmosphere was electric at the second Semi-Final in Oslo where the next 17 countries were desperate for a place in the Eurovision final. Once all the hopefuls had performed at the Telenor Arena, the ten successful acts were announced. They are, in alphabetical order:
Armenia – “Apricot Stone” performed by Eva Rivas
Azerbaijan – “Drip Drop” performed by Safura
Cyprus – “Life Looks Better In Spring” performed by Jon Lilygreen & The Islanders
Denmark – “In A Moment Like This” performed by Chanée and N’evergreen
Georgia – “Shine” performed by Sofia Nizharadze
Ireland – “It’s For You” performed by Niamh Kavanagh
Israel – “Milim” performed by Harel Skaat
Romania – “Playing with Fire” performed by Paula Seling & Ovi
Turkey – “We Could Be The Same” performed by maNga
Ukraine – “Sweet People” performed by Alyosha
Sadly, we say goodbye to seven countries after the second semi-final. They are: Lithuania, Switzerland, Sweden, Netherlands, Slovenia, Bulgaria and Croatia. But all is not lost for these countries – although their acts are out of the competition, they will still be able to vote for their favourites in the final on Saturday.
POSTED: 27/05/10 – Source: BBC Eurovision

Josh Dubovie is representing the United Kingdom in this year’s Eurovision Song Contest with the Mike Stock, Pete Waterman and Steve Crosby song That Sounds Good To Me. Supporting Josh are a very in demand team of backing vocalists and dancers who have a wealth of entertainment industry experience between them. The backing vocalists and dancers for Josh were hand picked for the Eurovision Song Contest, this is mainly through their connections with composers Mike Stock, Pete Waterman and Steve Crosby. As you will read below, some of the team have already had experience of working with Eurovision Song Contest stars such as Cliff Richard and Michael Ball.
POSTED: 26/05/10 – Source: Eurovision.tv

It was quite an evening in the Telenor Arena in Norway, where the first 17 acts vying for Eurovision glory sang their hearts out. Although only 25 countries will compete in the Grand Final, all 39 countries are able to take part in the voting – and following a random draw earlier this year, we can also confirm that the UK’s votes will be revealed at position No.12 out of 39. After the usual lengthy wait for the results, the ten successful acts were named – and most of the “pre-match favourites” went through as predicted. They are, in alphabetical order:
Albania – “It’s All About You” performed by Juliana Pasha
Belarus – “Butterflies” performed by 3+2
Belgium – “Me and my Guitar” performed by Tom Dice
Bosnia & Herzegovina- “Thunder And Lightning” performed by Vukašin Brajić
Greece – “OPA” performed by Giorgos Alkaios & Friends
Iceland – “Je Ne Sais Quoi” performed by Hera Björk
Moldova – “Run Away” performed by Sunstroke Project & Olia Tira
Portugal – “Há Dias Assim” performed by Filipa Azevedo
Russia – “Lost and Forgotten” performed by Peter Nalitch & Friends
Serbia – “Ovo je Balkan” performed by Milan Stanković
Sadly, we say goodbye to seven countries after tonight’s semi-final. Having to try their luck again next year are: Estonia, Slovakia, Finland, Latvia, Poland, Malta and FYR Macedonia. But all is not lost for these countries – although their acts are out of the competition, they will still be able to vote for their favourites in the final on Saturday.
POSTED: 26/05/10 – Source: BBC Eurovision

The United Kingdom’s entrant, Josh Dubovie, and his team have decided not to risk the threat of more ash cloud disruption and airline strikes, and are embarking on a journey over land and sea to reach Oslo in time for their first rehearsal on Saturday. Recently there has been a lot of speculation about how the now infamous ash cloud would affect contestants’ ability to get to Oslo. Luckily the majority have made it but for the United Kingdom delegation, the threat of strikes on top of the ash cloud was one too many. It was decided that Josh Dubovie and the BBC team would make the journey by bus and ferry. In a press release from the UK delegation, “the route includes a coach trip to Harwich, going via ferry to Esbjerg, Denmark, driving three hours north through Denmark to catch a ferry from Hirtshals to Larvik in Norway. Arriving early hours of Saturday and then another coach to get into Oslo approximately 4.30am” A flight from London to Oslo takes about two hours whilst this journey will take a sweet 36 hours, getting Josh to Oslo just in time for his first rehearsal on Saturday!
POSTED: 20/05/10 – Source: Eurovision.tv

With a month to go until the whole continent is swept away on a tidal wave of Eurovision excitement, promotion for the UK’s song, “That Sounds Good To Me” has stepped up a gear. Last weekend, the UK’s representative Josh Dubovie made two very important appearances in the Netherlands. First of all, he performed at Europe’s biggest Eurovision ‘preview party‘. Before the concert, Josh chatted with the ESCToday team – you can watch their interview on YouTube. The following day, Josh also appeared on a Dutch TV show to talk about his Eurovision entry and to perform his song live on TV. Now that the final version of the song has been performed in public the response from Eurovision fans has been extremely positive and we’re hoping that this will translate into votes on the 29th May!
POSTED: 03/05/10 – Source: BBC Eurovision

It’s been a good few weeks since Josh Dubovie won the votes of the British public in this year’s Eurovision: Your Country Needs You. We’re still nearly six weeks away from the contest itself, so what has Josh been doing to prepare for appearing on Europe’s most popular TV show? Well things have been very busy at BBC Television Centre and at Mike Stock and Pete Waterman’s studios! Recently, Josh has been back and forward to the recording studios working on the final version of “That Sounds Good To Me”, which will be released as a single in May. This week, Josh has been here in TV Centre working with his backing vocalists and dancers, putting together what’s called the Director’s Tape. This is what the BBC sends through to Norway’s state broadcaster to help them in putting together the all-important camera moves for the big night. Josh has been working hard with a team of experienced choreographers and set designers to find an exciting new way to present the song in Oslo. And Pete Waterman popped along to TV Centre today to make sure that everything was going to plan – thankfully he seems very happy with our plans! In the next week or so, Josh will be heading to the Norwegian Embassy in London where he’ll be meeting the Ambassador and hopefully saying hello to Norway’s 2010 act Didrik Solli-Tangen. Josh will then begin six weeks of extensive press coverage, with interviews lined up with publications and websites from right across the continent. And – we can exclusively reveal – Josh will be travelling to Europe to promote the UK’s 2010 song! More details to follow soon.
POSTED: 15/04/10 – Source: BBC Eurovision

Tonight on BBC One a show called Your Country Needs You allowed the UK to choose who they want to represent the country at this year’s Eurovision. Six acts battled it out hoping to be in the final three that would be put up for public vote. Three judges gave their comments on the performances. They were Pete Waterman, who has written this year’s song, Jade Ewen, who represented the UK last year and Bruno Tonioli. After their performances Pete had to choose which three acts to send home. He chose to send home Karen Harding and the two groups Miss Fitz and Uni5. Then the final three acts Esma Akkilic, Alexis Gerred and Josh Dubovie sang this year’s UK entry called ‘That Sounds Good To Me’. While the public were voting there were performances from The Sugababes and last year’s Eurovision winner Alexander Rybak. It was then time to reveal the winner of the public vote. In last place was Esma, Alexis was second so Josh will represent the UK at this year’s Eurovision Song Contest in May.
POSTED: 12/03/10

Pete Waterman is to write and produce this year’s UK entry for the Eurovision Song Contest. The music mogul has produced more than 200 hit songs over the past 25 years. The song will be performed at Eurovision 2010, which will take place in Norway in May. Details about the selection process for the act which will perform it will be announced in the coming weeks. “Eurovision is one of those iconic competitions that has stood the test of time and keeps coming up with great acts, great tunes and great performances,” Waterman said.  “Life’s full of challenges and I’m relishing the opportunity to put my own stamp on this one.” Pete is following in the footsteps of Andrew Lloyd Webber, who created the 2009 effort with songwriter Diane Warren.  My Time, which was performed by Jade Ewan, came fifth in the contest.
POSTED: 31/01/10

Your Country Needs You

On Friday 12th March the U.K picked their 2010 Eurovision entry in a special programme on BBC 1 called Your Country Needs You. The winner was 19 year-old Josh Dubovie. 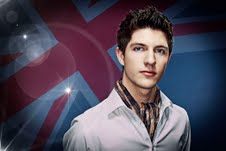 Josh’s Biography: 19 year-old Josh Dubovie first performed with an after-school stage club, aged just 9. He was given the part of Enjolras in the school production of Les Miserables when he was 15, but as he had never sung before he went to see a vocal coach. Josh instantly fell in love with singing swing and his coach encouraged him to put on showcases of his music. Josh believes he has his mum’s voice and his dad’s confidence and he currently performs professionally, at charity evenings, festivals and sports events. (Source: BBC Online)